Global temperatures have dropped 0.5° Celsius in April according to Dr. Ryan Maue. In the Northern Hemisphere they plunged a massive 1°C . As the record 2015/16 El Nino levels off, the global warming hiatus aka “the pause” is back with a vengeance. He writes:

Some good news to end April, global temperature anomaly has fallen to only +0.1°C today (snapshot) … graphic is like stock market trace 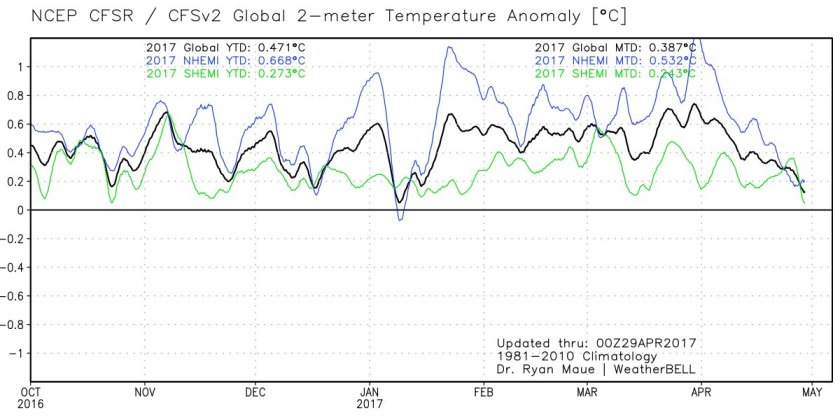 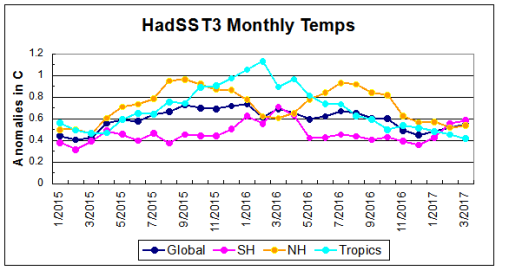 Despite NOAA’s Denial, A Growing Number Of Studies Confirm the Global Warming Hiatus

Despite widespread denial among climate activists, a growing number of scientific research papers in recent months have confirmed the global warming hiatus, trying to explain its possible reasons (for the latest studies see here, here and here).  The latest study claims that the Southern Ocean played a critical role in the global warming slowdown. 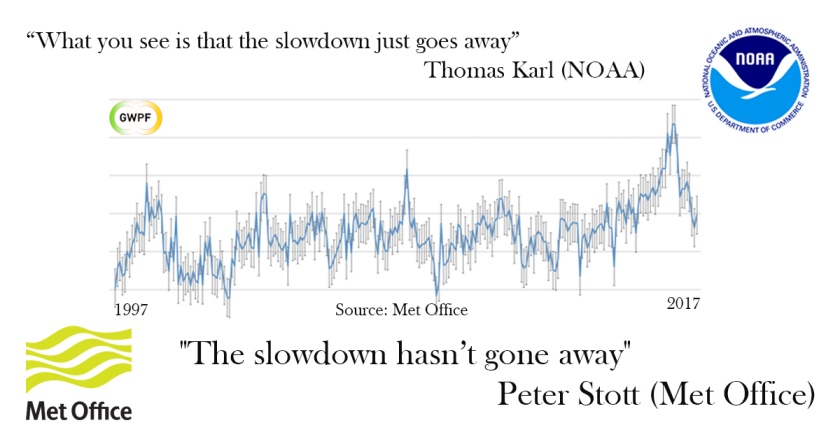 h/t to the GWPF