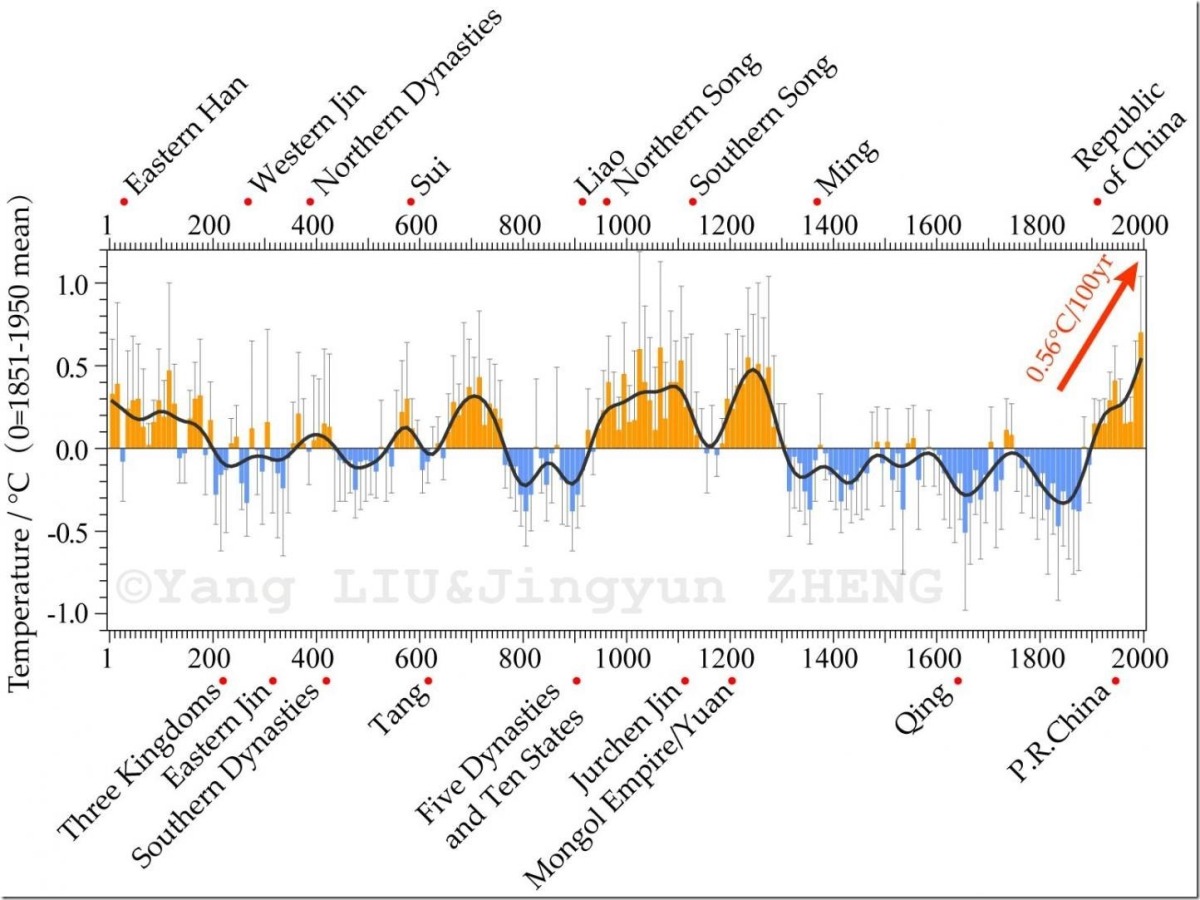 A great deal of evidence relating to ancient climate variation is preserved in proxy data such as tree rings, lake sediments, ice cores, stalagmites, corals and historical documents, and these sources carry great significance in evaluating the 20th century warming in the context of the last two millennia.

Prof. Quansheng Ge and his group from the Institute of Geographic Sciences and Natural Resources Research, Chinese Academy of Sciences, collected a large number of proxies and reconstructed a 2000-year temperature series in China with a 10-year resolution, enabling them to quantitatively reveal the characteristics of temperature change in China over a common era.

A possible mechanism for the effect of solar variability on climate, whereby solar variability acts over the stratospheric pressure system transmitting the changes top-down, and over ocean temperatures bottom-up.