Despite the usual alarmist rants from predictable sources and their compliant media outlets, there is absolutely nothing alarming about the predicted cyclical uptick in February 2016 global temperatures. As we have mentioned here previously, the strong El Niño (not global warming) is to blame, and if one compares the current El Niño response to the 1997/98 El Niño response as Bob Tisdale has done so skillfully here, it is absolutely clear that the two are nearly identical. If anything, the response to the 1997/98 El Niño was slightly stronger. 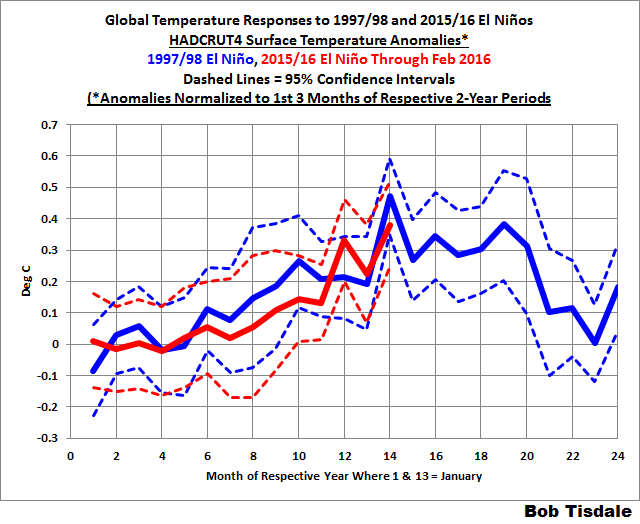 Nonetheless, the as always meaningless and boring claims about “hottest month on record” from the usual proponents of alarm and fear continue to sprout.

A quick look at the latest HADCRUT4 data with 5%-95% confidence intervals shows that the February 2016 anomaly is within the confidence intervals of the January 1997 anomaly, so as Tisdale states, “the best the alarmists could claim, according to the HadCRUT4 data, is that the February 2016 global surface temperature anomalies may or may not have been the highest on record when considering the uncertainties of the data.” [emphasis added] But “may or may not” doesn’t make for good press so the alarmists leave out that small (aka huge!) detail. 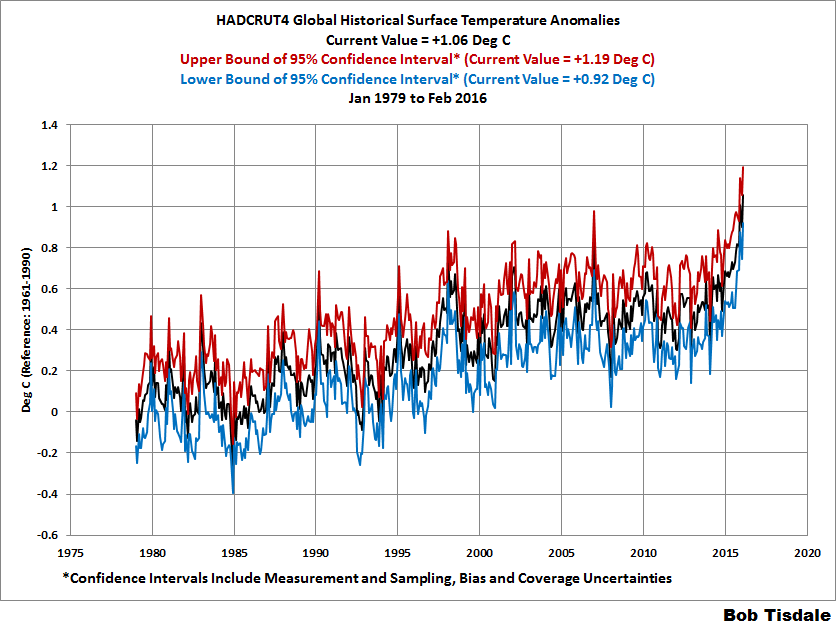